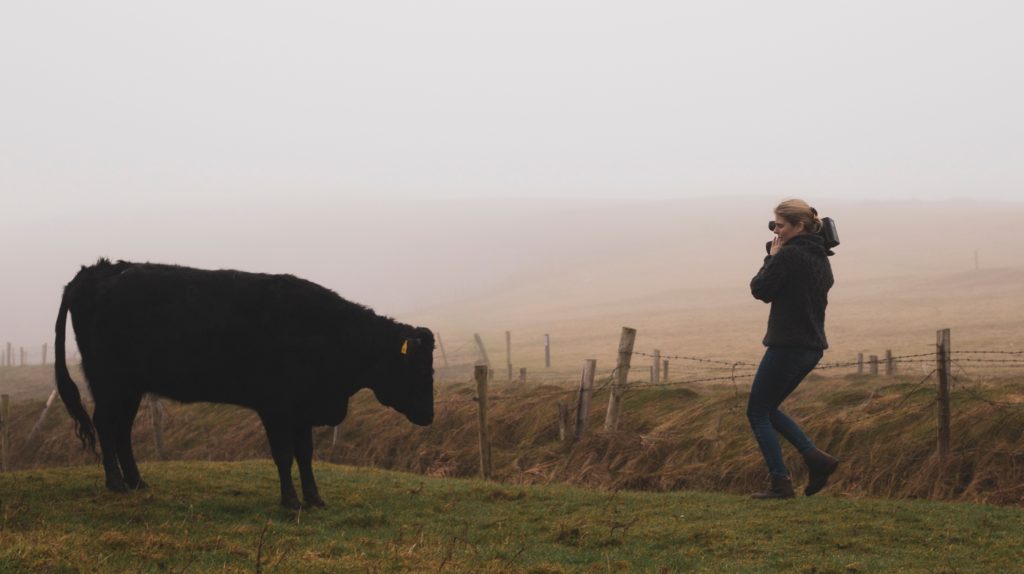 Mieke Vanmechelen is an artist and farmer. She is Kerry County Council’s Filmmaker in Residence and was the Kerry Cattle Society President from 2020 – 2021. To help kick off the Glencar Cattle Show, an event that showcases the Kerry breed, she writes about her own personal journey with these rare cows.

2001 was a new beginning for me. I had moved back home to Bonane with my young family, to a small farm called ‘Paircín’ and decided to “get into Kerries’. I grew up on a farm, and my father was around to help me so I wasn’t afraid. Before I knew it I found myself in Oulough overlooking Carragh Lake, in a field with Michael O’Connor and his herd. He must have had at least eighty of them at that stage and they seemed tough and well able to survive on marginal ground.

I bought two from him – they still had their distinctive white horns with black tips – and three cows from Anthony O’Brien who was giving up milking and selling out. These were quieter, larger cows than the hardy, more light boned Oulough ladies. Oulough Anne produced my first “Kerry calf” some weeks later, only it was white – making me rather confused at the time. Anthony O’Brien sold his cows to me on one condition, that I keep the eldest, Sandra, and let her go until the end, rather than culling. She met her maker peacefully and I kept my promise.

To keep producing I had to go in search of bulls, as A.I. just didn’t seem to work. The cows were semi-wild, grazing all the way to the top of Baureragh Mountain during the summer months. It is not an easy mountain to climb, but they were agile and confident and seemed to feel at home. Once, Tom and Judy Ryan drove down from Cashel with Castlelough Flute and transferred him into my trailer in Kilgarvan. Twice, Jack McElligott brought me a young bull out of his Kilgarvan herd in North Kerry.

I had many lovely Kerries born on the farm and never any issues with calving, provided heifers were allowed to fully mature. I spent hours searching for newborn calves, neatly tucked away by their protective mothers and once found myself rolling around the field gripping a bull calf that I had at last discovered. Getting those ear tags on early saves hassle and avoids confusion in the long run. I watched cows look after each other’s calves, and observed the intimate family dynamics of my small herd. I disliked taking animals to the mart, I never achieved any price worth mentioning and found private sales to be more sensible where Kerries were concerned. Though I sometimes got more than I bargained for, with one bachelor farmer “getting notions”. I sometimes had an animal slaughtered, and made an arrangement with my neighbour, who still after all these years talks about the outstanding quality and flavour of the meat.

I attended some historic Kerry Cattle Society AGMs in Cashel, these were fairly serious but always pleasant occasions. Followed by a good meal and great conversation, it felt like a worthy society to be a part of. The breeders were a friendly bunch, genuine, hardworking farming people. They were keeping Kerries because they wanted to, for the love of the breed and what the breed stands for.

I kept Kerries for about fifteen years, I never milked them. These cows are meant to be milked and this became even more evident when I began making my documentary, Bó, in 2019. I travelled from Clonakilty to Dingle, Killarney, Ballylongford and as far as Clonmacnoise. I visited many breeders and everywhere felt the same genuine, heartfelt affection for this animal. Watching them being milked by both Miss Hilliard in Cahernane and Colm Murphy in Lispole, I saw the close the partnership between the farmer and the animal. They share a space, an affection and a life with each other. Both the rare cattle and the farmers who keep them are part of a collective cultural identity that is under threat. They are ethically and humanely farmed but this is at odds with the new, individualistic, industrialised, competitive economic system. We all share responsibility as future generations inherit the consequences of past environmental use and abuse, including the exploitation of land and animals. The Kerry cow offers an alternative, she is  part of Ireland’s cultural identity, but so are the methods of farming used by the people who keep her, each is unique and must be preserved.

The Glencar Cattle Show takes place on the community pitch in Lickeen, Glencar on the 26th of June, 2022. The event showcases the rare Kerry breed of cattle and also features music, dancing, food and craic. Need some refreshment in Glencar? Try the Climbers Inn. 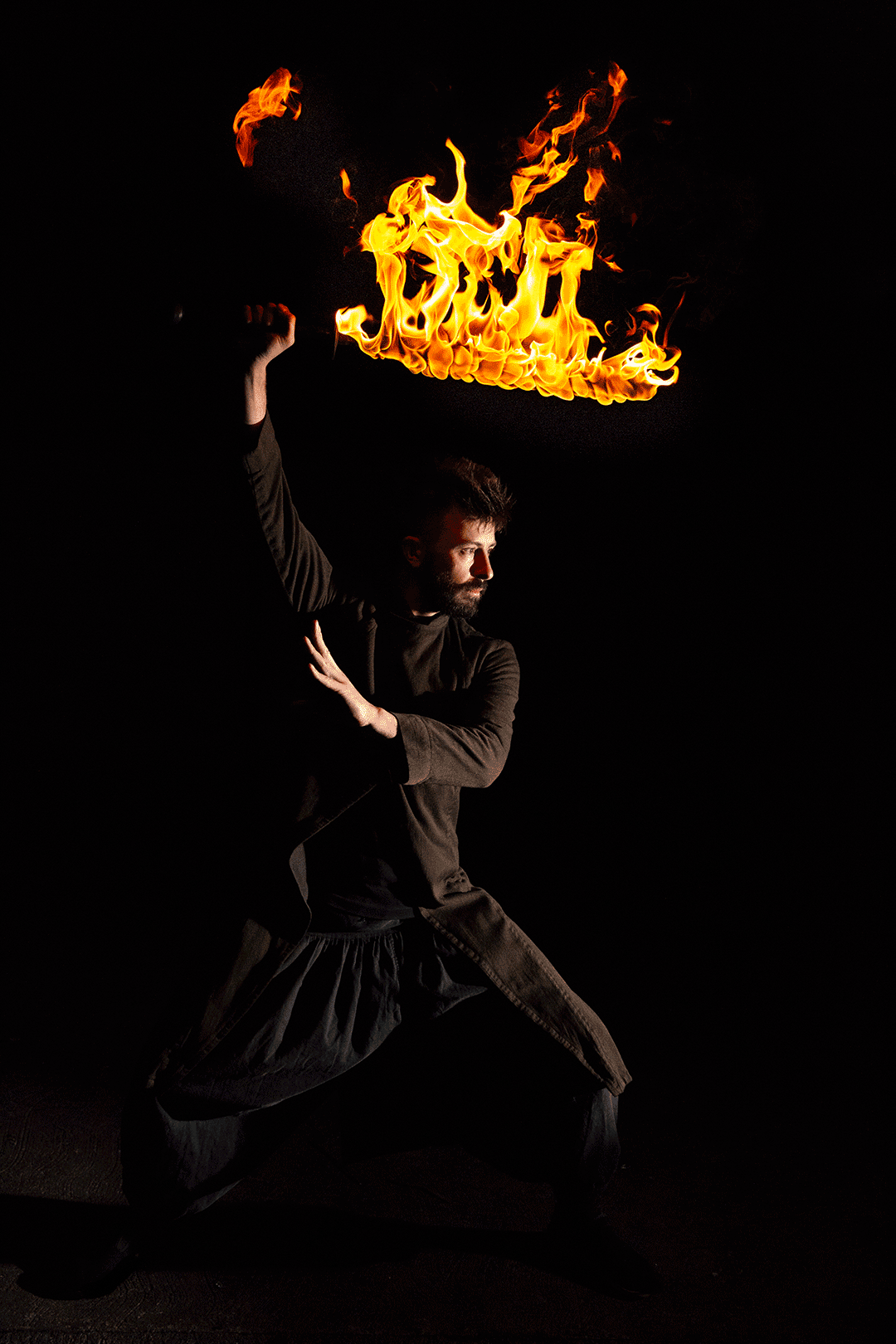